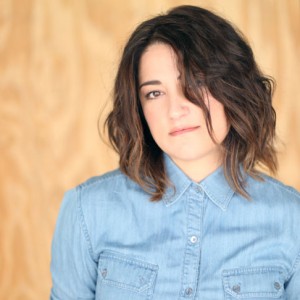 Highly acclaimed for her contributions to the Christian Contemporary Music genre, Jennifer Knapp rocked religious conservatives in 2010 when she revealed she was gay. In doing so, she experienced, first hand, the devastating effects religious prejudice has on the LGBTQ+ community and recognized something needed to change to turn the tide.

“There’s a fairly predictable and unfortunate script that happens when you come out within earshot of a Christian,” Knapp points out ”Immediately, your faith is questioned or your moral character is put to trial. As if identifying as ‘gay’ is a confession of brokenness or a perverse lifestyle choice. It’s tragic to have to experience this, whether you’re religious or not. What is called for in the moments any of us discover we are different from the majority of folks around us is compassion and affirmation that we can be loved just as we are found.”

In an effort to encourage constructive and uplifting dialogue in matters of LGBTQ+ faith, Jennifer established and now speaks on behalf of Inside Out Faith Foundation. Part concert, part story telling event, Jennifer intends to break the cone of silence experienced by many LGBTQ+ people of faith. Through her passionate music, and disarming charm, she speaks of the challenges she has faced in claiming her unique identity. It is the story of an honest, vulnerable and questioning soul, living out a journey of life, love and faith.

“For every LGBTQ person who is capable and confident in claiming their faith, for every ally who stands beside them, we break the myth that coming out is an indication of brokenness, but rather a step forward to peace and spiritual prosperity available to us all.” —Jennifer Knapp, IOF founder

Jennifer Knapp is a recording artist familiar to mainstream and Christian audiences alike. With multiple Dove Awards and two-Grammy nominations to her credit, she continues to break new ground, both on and off the stage. Her latest record, Love Comes Back Around released in June 2017 and her first book Facing The Music: My Story (Howard/Simon & Schuster) was published in 2014.

Learn more about Jennifer at www.jenniferknapp.com